The Man, His Son And The Donkey

Once an old man and his son were walking with their donkey to the fair to sell it. They passed a group of people on the road. A countryman noticed that the donkey was walking alongside them and laughed, “You fools, why don’t you let the ass carry you? You’re silly!”

The man heard what they said, and put his boy on the donkey while he walked. They had not gone far before another group saw them. One of them said, “How can the young man ride the ass, while the old man walks? That’s too much.”

Hearing this, the old man ordered the boy to get off, and rode the donkey himself. Soon, they heard voices behind them. There were two women. One of them said to the other, “Why is it that only the father gets to ride the ass? He’s torturing the boy.”

The man didn’t know what to do at first. He thought and thought and finally decided to put his son up in front of him on the donkey.

Soon they reached the to wn. There too the passers-by began to jeer and point at them. The man stopped and asked them what they were scoffing at. The people said, “How can two heavuy perople ride on an ass? Aren’t you ashamed of yourself for overloading that poor donkey? You’re torturing the animal!” The Man, His Son And The Donkey

The man and the boy got off. They had to think of what to do all over again. At last they had an idea. They took a long pole and tied the donkey’s feet to it. Then they raised the pole to their shoulders and carried the donkey upside down.

The passersby could not stop laughing at the silly pair. Frustrated, the old man threw the donkey into the river, and walked home empty-handed. 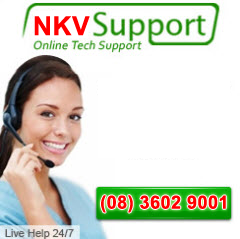